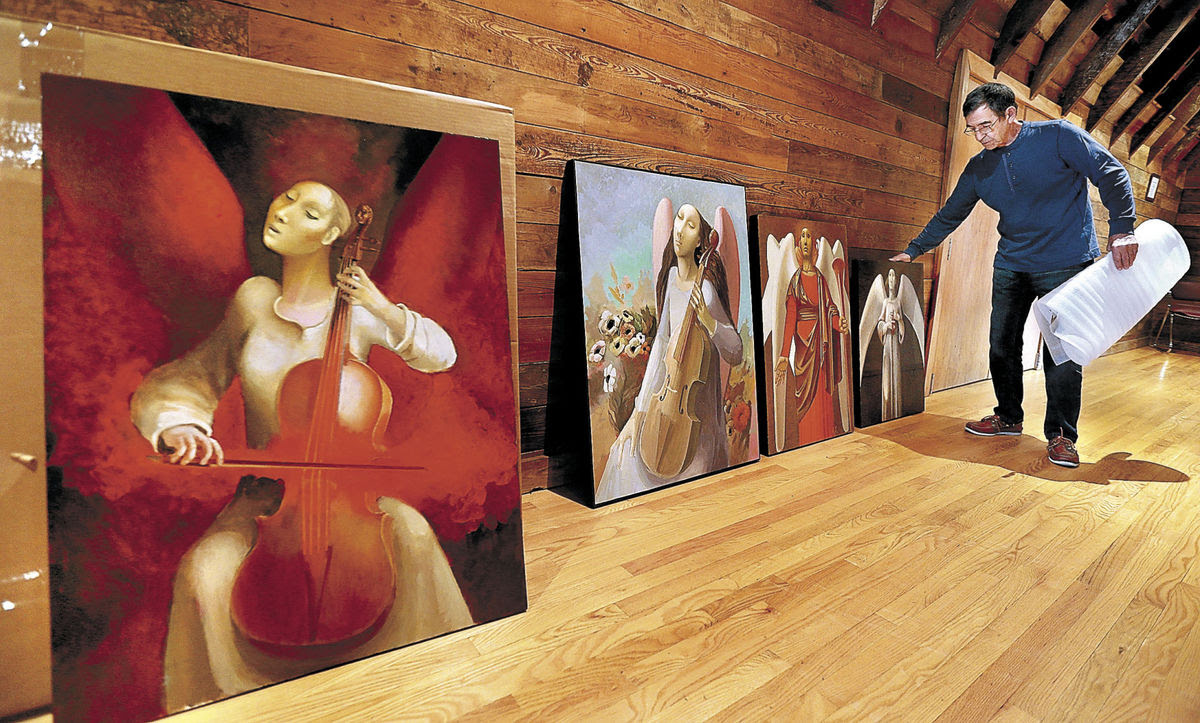 ©2016 Ginger Perry/The Winchester Star
Artist Alexander Anufriev unwraps some of the Sasha’s Angels paintings
that are being shown at the Barns of Rose Hill from now until Dec. 30 2016.

BERRYVILLE — A new exhibit at the Barns of Rose Hill will transport viewers to the world of angels through art by Alexander Anufriev.

The exhibit “Sasha’s Angels: Paintings by Alexander Anufriev” opened Dec. 2 and will run through Dec. 30. Anufriev, 76, will be available for questions about his work during an artist’s reception taking place from 4 to 6 p.m. Sunday at the Barns, located at 95 Chalmers Court in Berryville. The name for the exhibit came from Barns marketing consultant Diane Tira. Sasha is the artist’s nickname and a common version of Alexander in Russian.

The exhibit has 24 works of art featuring angels that were created using oil paint on canvas.

Some of the angels represent everyday people on earth. In one of the paintings, an angel is playing a cello and in another an angel sits near a window savoring a cup of coffee and a cigarette.

“We are all angels,” Anufriev said. “But perhaps fallen ones.”

Anufriev started to paint angels back in 1965 and never really deviated from it.

“When I paint, I stand between the heavens and the earth, trying to make the invisible visible,” Anufriev told officials at the Barns, according to barnsofrosehill.org. “I try to bring about a unification in my painting. Some might call it mysticism, the idea that we are all linked by our divine beginning. I think this unification is often expressed by beauty, so I am always looking for beauty.”

His works at the Barns are a mixture of older works and those that are fresh on his list of creations. Through his art, Anufriev wants to show people there is a spiritual world that is greater than life on earth.

“They think this is the only life they will ever live and know,” he said. “It’s not like that, and they need to really behave.”

Some of the angels are inspired by Anufriev’s wife, Tanya Anisimova.

“He’s not really painting me, but the faces of seeing me every day are present,” she said. “It’s not really a portrait of me, or a physical depiction of me, but more of a symbol of something he’s seen.”

Anufriev is originally from Moscow and moved to the United States in 1980. He spent several years as an underground artist in the Soviet Union because of the spiritual nature of his paintings. He currently lives in the Washington, D.C., area.

His work is influenced by Renaissance art, which often used religious figures as subjects.

Anufriev has work hanging in museums and private collections throughout Europe, the U.S. and the former Soviet Union. His works have also been featured in publications around the world.

Anisimova expressed appreciation for the professionalism she and Anufriev experienced at the Barns.

“We’re really pleased with the way the whole project came together,” she said.

Tira said the paintings are unique, with a cross between folk and modern art.

“I love the color palettes and the subject matter,” she said. “The angels seem to be protectors of the arts, artists and musicians rather than religious figures. Then there are some that do look more religious in nature. If you are an art lover like I am, they definitely make you stop and think.”

Following the artist’s reception on Sunday, Anisimova, who is a renowned cellist and composer, will perform a solo concert at 6 p.m. titled “Cello the Magician.”

Her performance will feature cello solos from the Baroque and Romantic eras as well as her own improvisations. Anisimova said hearing the sounds of a cellist play unaccompanied is a unique experience.

“The cello has a world of its own,” she said. “It’s the most versatile and spiritual instrument.” 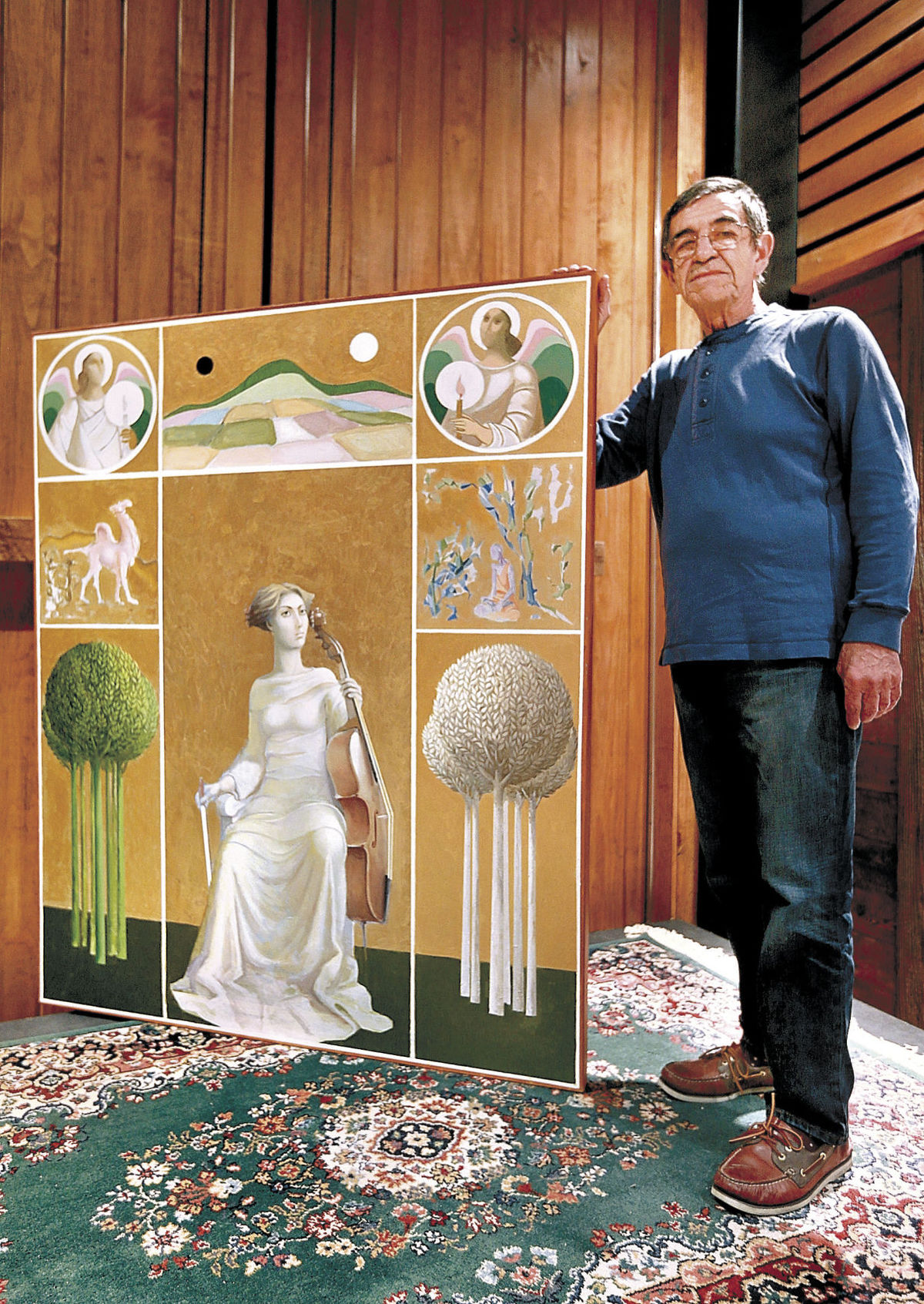